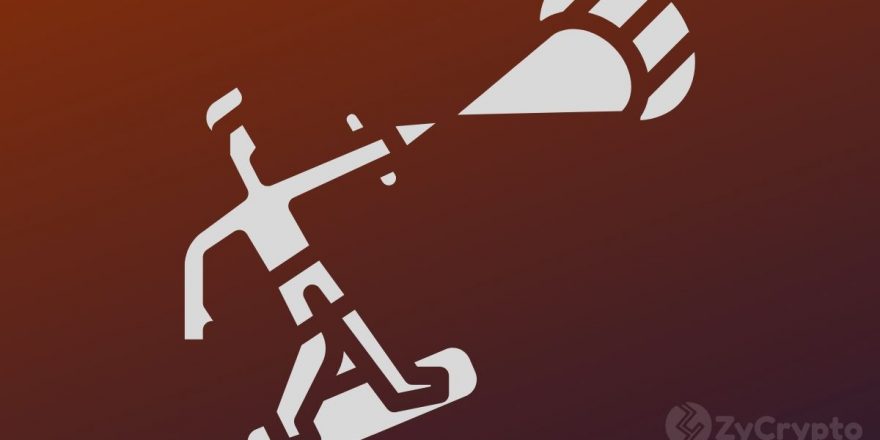 Crypto Market In Extreme Fear As Bitcoin Trades Below $56,000

Bitcoin investors are selling their holdings triggering a negative domino effect for the markets. In recent weeks, investor sentiment has gone from greed to border on extreme fear.

Bitcoin fell from highs of nearly $69,000 to reach new lows of sub $56,000 in a matter of days. The reversal of fortunes has been attributed to several factors including the derivative markets, recent comments of critics, and the uncertainty around the Mt Gox rehabilitation plan.

The last time Bitcoin saw this sort of lows was back in mid-October, ahead of the launch of the Bitcoin futures ETFs as Uptober entered the full bull mode. However, recent prices have seen the Bitcoin Fear and Greed Index settle at 33 with the current price at $56,064. According to the index, 33 signifies fear and this is illustrated by the bearish trend that BTC has set in days.

The number could go from bad to worse especially in the wake of President Biden’s renomination of Jerome Powell to head the Federal Reserve. Powell has in the past called for more regulation in the crypto space but has been quoted to say that he has no intentions to ban cryptocurrencies.

In cases of extreme fear, the markets could be poised for a rally and extreme greed that is driven by FOMO could see a pullback in the near future.

It seems Bitcoin has been oversold given the short-term support that it showed at $56K and it is safe to say that investors could anticipate a rally towards the resistance zone of around $60K. 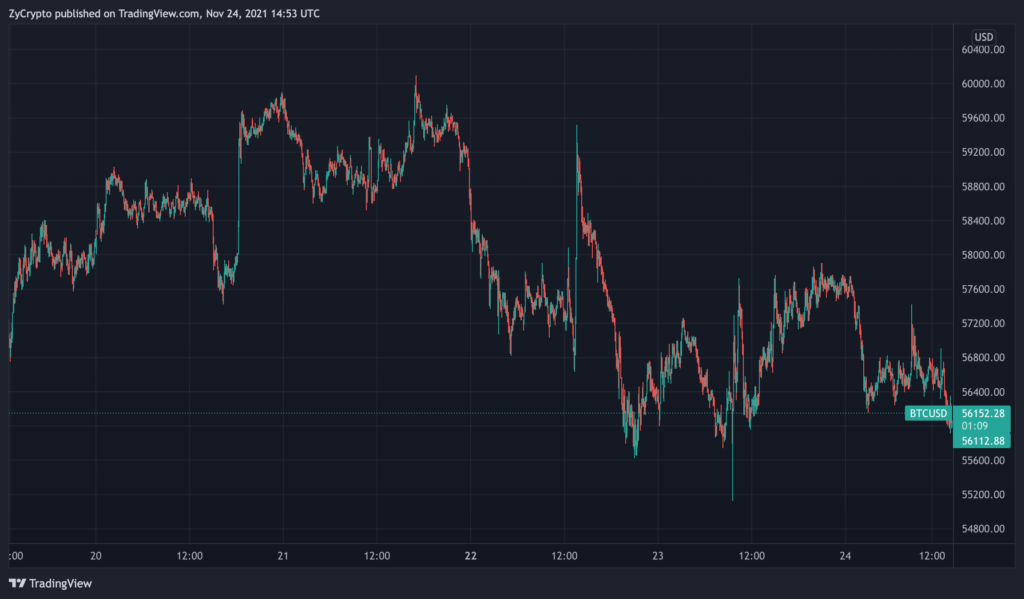 Analysts believe that for the bull run to continue, the asset must capture the $60K mark. There is a measure of optimism percolating beneath the surface that the reversal from the all-time high has been exhausted and prices could be gearing for a rally.

Despite unsavory prices of the asset, Bitcoin has experienced a 5% increase in trading volumes at $36 billion while still maintaining its top spot with a 41.68% dominance over the entire market.