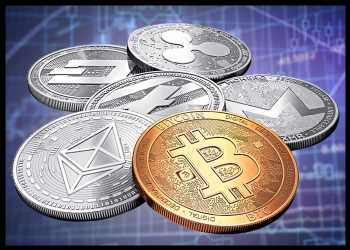 Last Sunday, Bitcoin prices crossed the psychological mark of $50,000 after a gap of almost three months, amidst much fanfare and frenzy. The euphoria was albeit short-lived as the prices of many of the coins soon changed course, much to the disappointment of investors who forayed into the crypto space rather recently.

In roller-coaster market scenarios like these, it would do well for prospective crypto investors to skillfully indulge in some cherry-picking before plunging into digital assets with their wallet-share. Last week’s whirlwind experience and the resultant whipsawing prices would not be something that new investors would anyway like to experience.

According to coinmarketcap.com, Bitcoin is currently trading at $47,419.64.

Continuing with our earlier analysis where we analyzed the exuberance of the top 100 coins, we will today take a closer look at how the top 15 coins have behaved in the last few months.

Despite the recent correction in prices, August has been a performing month for most of the coins in the selected sample.

ETH, the top contender to the market leader BTC has gained more than 20 percent till now in August. ETC and LTC are trading around 15 percent higher than July closing levels. Market leader BTC’s gain is around 12 percent whereas BCH has advanced around 10 percent.

XLM has however bucked the trend to shed close to 43 percent till-date in this month.

July too was a good period for most of these coins. XLM had rallied more than 100 percent whereas LUNA had gained 65 percent. BTC had gained 18 percent closely followed by ETH that gained 12 percent. BNB, XRP, BCH, SOL, DOT and LTC had made single-digit returns.

If you thought that June was a bad month for all cryptos, you are mistaken. In this 15-coin universe, Solano (SOL) actually made a non-annualized gain of 8.35 percent in June. All the other coins including market leader Bitcoin (BTC) had delivered negative returns.

Cryptoland is literally getting cryptic with each passing day. To not get lost in the myriad of virtual currencies, one would need to know what moved prices and which moved the most. After-all there is more to this space than icons Bitcoin and Ethereum and cherry-picking skills undoubtedly decides fortunes.