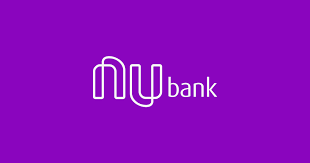 NuBank in partnership with blockchain developer Paxos will now provide users with the option to trade the two largest cryptocurrencies in the world by market cap – Bitcoin and Ethereum. The support for digital asset trading is expected to go live on Thursday (May 12, 2022).

According to details from the official announcement, the feature will roll out in phases, starting with Nubank’s users within Brazil. The fintech giant hopes to expand the service throughout Latin America by end of Q2 2022.

Earlier in December 2021, Nubank made headlines after going public. After launching its IPO, the big bank received a massive capital bootstrap from Warren Buffet’s Berkshire Hathaway. The multinational holding company reportedly spent $250 million buying around $30 million in shares in the Latin American giant.

Before that, Berkshire Hathaway had splurged a massive $500 million investing in Nubank during the company’s Series G fundraiser.

Interestingly, Warren Buffet’s previous comments suggest that the billionaire does not believe in cryptocurrencies. Buffet recently said that he would not buy all the Bitcoin in the world for $25. The Hathaway CEO also stressed that the company would never have any crypto positions or trades.

Nubank’s announcement comes on the heels of a key development for crypto in Brazil. At the end of April 2022, the country’s Senate gave the green light for a bill aimed at legalizing cryptocurrencies and fostering Bitcoin adoption.

While the proposal still needs approval from the Chamber of Deputies and the President, crypto proponents expect the bill to pass into law by end of 2022.