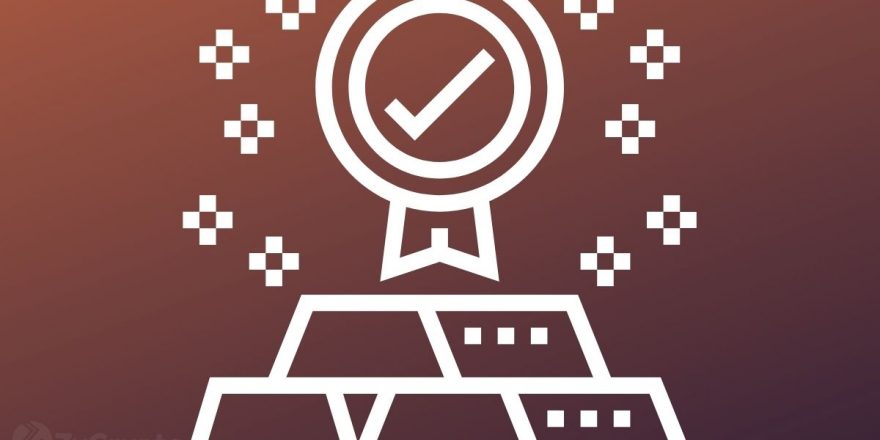 Bloomberg Strategist Reveals Next Focal Point For Bitcoin Based On The U.S. Treasury 30-Year Yield

Bloomberg’s Mike McGlone has reckoned that he is dovish on Bitcoin for the second half of 2021.

The senior commodity strategist at Bloomberg made the call asserting that if the U.S. treasury 30-year yield sustained below 2%, Bitcoin and Gold and long bonds would in response bolster.

Treasury yields refer to the compounded return on investment earned by Americans for holding US treasury bills conveyed as a percentage over a 30-year period. They are sold to the public by the treasury to enable government pay its debts. These yields drop when demand for bonds increases.

Referring to Bitcoin, gold, and long bonds as “the 3 amigos for 2H appreciation” he noted that gold which is considered as the world’s oldest standard store of value and the new digital version of bonds shared substantial corrections, unlike the stock market.

The strategist who is an ardent believer in Bitcoin taking over the fiat standard had in early august echoed the same sentiment, advising his over 28,000 followers on Twitter to focus on Bitcoin’s bigger trend.

“Trend’s-Your-Friend Rules Favor Bitcoin, Long Bonds – When views that counter longer-term trends become consensus, probabilities often tilt back toward enduring trajectories, which is the bullish outlook we see for Bitcoin and U.S. Treasury long bonds at the start of August,” he said

The strategist who has previously tweeted that Ethereum remains Bitcoin’s guidance for $100,000 in 2021 in what he sees as a flippening also expressed confidence in Bitcoin heading to $100,000 if the number one crypto’s price would catch up to Ether’s performance this year. 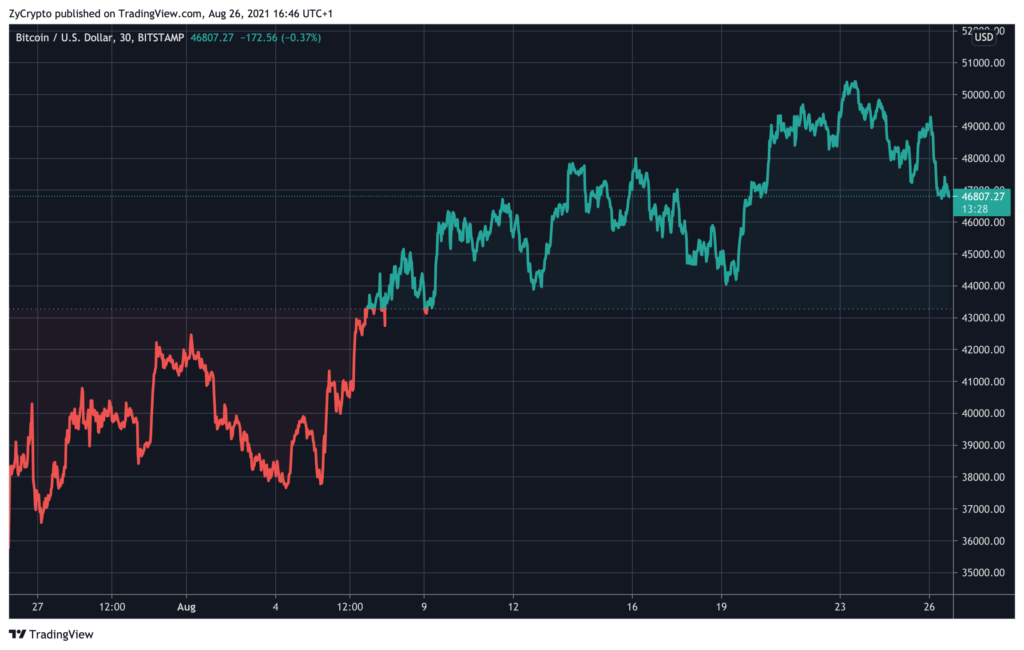 “There are numerous alterations to me that show that Bitcoin should get to $100,000. If Bitcoin catches up to Ethereum this year it’s at 100,000. Ethereum is up about 4x and to me it’s just a matter of time. I don’t know what stops it”

According to analysts at Glassnode, the minor recoil was occasioned by some minor profit taking on-chain by some long-term hodlers which they believe will not be strong enough to prevent Bitcoin from continuing its long-term trend. However, they have reckoned that the price needs to break $53k for Bitcoin to return to a trillion-dollar valuation.