Home » Bitcoin » Bitcoin’s Wild Ride and the End of Confidence 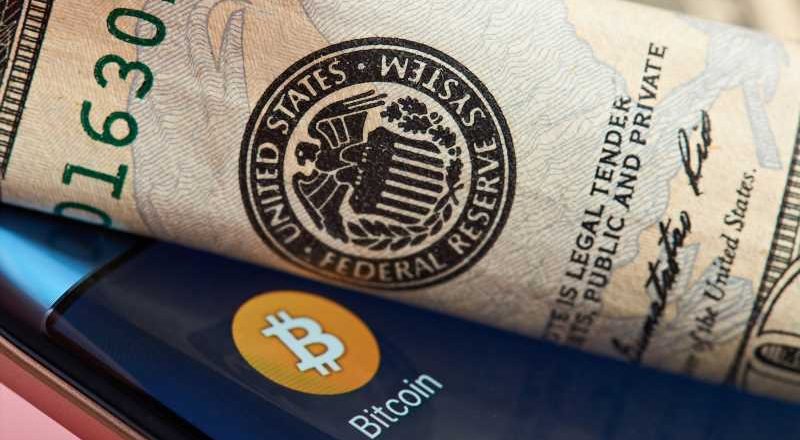 Bitcoin’s Wild Ride and the End of Confidence

The dramatic push by Bitcoin up to $11,400 and back to $8,800 in one insane day earlier this week is the shape of things to come. While everyone has their eyes on Bitcoin though, quietly, the Dow Jones Industrials have gone vertical as well. And no one seems to understand why, and what intimately connects them.

The connection becomes clear when reading a report from The Hill that the Federal Reserve itself is considering building a digital asset like Bitcoin. Of course they are considering it. They’ve likely been looking into this for a couple of years now. The question is whether they would go through with it. This is the Federal Reserve, after all, the central bank that runs the central banks.

Russia made headlines all year with its various moves into the blockchain space, even openly discussing a crypto-ruble to interface with the ‘real’ ruble. But the Bank of Russia barely sets its own monetary policy. Its success or failure doesn’t affect the entire world.

The Federal Reserve however, does.

And this is why it’s unlikely the Fed will create a blockchain-asset. For nearly two decades I have watched the Fed systematically marginalize gold as a check and balance on its behavior. The whole point of the current dollar-reserve system is to minimize gold’s influence on world markets while inflating the dollar’s. And in the purest expression of Gresham’s law that over-valued money circulates while under-valued money is hoarded, that is exactly what we’ve seen.

Bitcoin is a digital analogue to gold with respect to the Federal Reserve. So, the Fed, which props up confidence in the dollar by marginalizing gold, will never create a Bitcoin-derivative. Doing that would state categorically it doesn’t have faith in its own currency. Why create a crypto-dollar when the real dollar (itself just as much a digital asset as Bitcoin) works just fine. Or does it?

And that brings me back to why Bitcoin and the Dow Jones are making googly eyes with the Moon. Confidence in major parts of the current monetary system are failing. I’m specifically talking about the European Union here. Italy’s banking system is insolvent. In fact, a number of Europe’s major economies have insolvent banking systems.

And the European Central Bank has no Plan B other than buying up sovereign debt no one else is willing to acquire and are pulling their best Kevin Bacon impression.

The music will stop soon as the political unrest across Europe leads to financial instability.  Martin Armstrong made a great point recently about where we are headed in this next phase of economic activity.

We’re seeing a shift out of fixed assets like real estate into movable assets like stocks, gold, and, you guessed it right, crypto. And when I look around and see people with respected opinions not get this fundamental point, still decrying stock valuations as too high and Bitcoin’s refusal to crash as a bubble, I have to wonder if they, like the Federal Reserve, are still fighting the last battle.

When confidence in institutions fails, it starts slowly and accelerates quickly. Bitcoin and cryptocurrencies in general are still in the very early stage of adoption. We are only just now seeing the explosion of people putting their money into the crypto-space.

This bull market in stocks has seen to this point very little involvement from retail-level investors. On the other hand, retail is moving into Bitcoin. Over Thanksgiving weekend Coinbase signed up more than 300,000 new accounts as families got together and compared notes on Bitcoin.

How many people opened up their phones, downloaded the app and made their first $250 buy with credit card? That’s what we haven’t seen previously. And that is what will fuel a major rise in the market cap of the entire crypto-space in 2018.

But what is driving this? The Fed’s own zero-bound interest rate policy which hollowed out the middle class to keep the banks solvent. Now that the U.S. economy is doing well, thanks to all of that capital fleeing Europe, people have enough money and enough FOMO to take the crypto-plunge. And so far, we’ve just looked at the U.S., which no longer sets pace in the Bitcoin market.

Japan now accounts for 61% of all Bitcoin trading volume. You combine that with a financial and political system teetering on the edge of implosion and yield-starved first-world investors, that’s a recipe for a major rise in price for both cryptocurrencies and the Dow Jones. Why the Dow? Go back to what Martin Armstrong said. Stocks, like Bitcoin, are movable assets.

In a crisis situation cash is the asset class of choice. Stocks trading at twenty-five times earnings are not trading based on future company profits. They are simply being used as liquid places to park money while the dust settles. This will be a dominant theme in 2018 and you will see even more complaining in the traditional and alternative financial press about these bull markets.

People fundamentally resist change. And situations like this come around once in a lifetime. During those periods of extreme change most people, brought up in a different paradigm, can’t make the intellectual shift.

Days like November 29th will continue occurring in cryptocurrencies. It’s inevitable. A market dominated by retail investors will be both insanely volatile and profitable while it lasts. If I’m right and a new financial crisis is on the horizon for 2018, then the gains we’ve seen in both Bitcoin and the Dow Jones are just a small taste of what’s to come.

Because once the dominant emotion of the market shifts from a return on your investments to return of your investments, that’s when the Federal Reserve’s Bitcoin nightmare truly begins.