Home » Bitcoin » Bitcoin Will Break $40,000 Right After Smashing This Hurdle 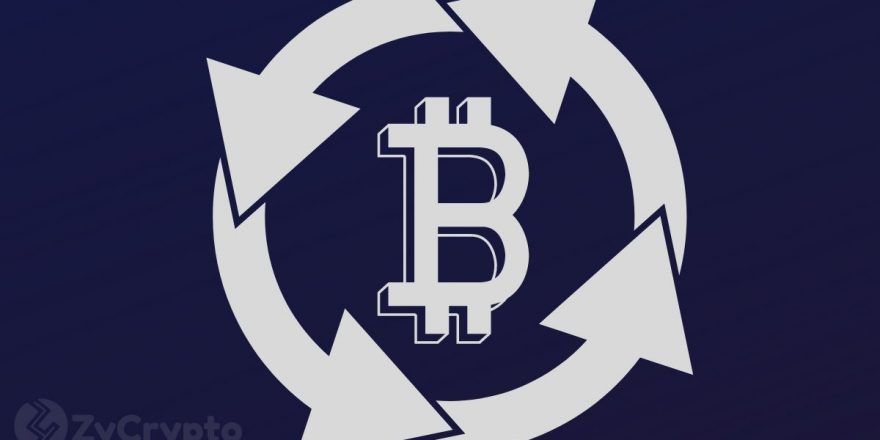 Bitcoin Will Break $40,000 Right After Smashing This Hurdle

Bitcoin is poised to hit new highs, but many barriers must be broken. The most crucial at press time is a symmetrical triangle that if broken could see the cryptocurrency attain a new all-time high of $40,000. Crypto-influencer with the Twitter name “MmCrypto” noted this in a recent Tweet, in which a symmetrical triangle formed below $34,100 positioned the leading cryptocurrency for an upswing to the $36800 and $37000 zone.

This trendline like many others that we see on the Bitcoin trading charts could serve as a downward breakout indicator, should trading activities cause the big bull to remain range-bound within the $35,000 zone. At last check, Bitcoin is trading at $36,919, a slight decline from its recent high of $37,700. The big bull is likely to retest that level within the next 24 hours.

Recall that investment interest is still sky-high and fundamental factors like the Georgia state election, which is expected to be rounded up this week alongside the arrival of Asian whales, places Bitcoin at a very crucial level. If the Asian whales make the speculated price dump going forward, Bitcoin could suffer a setback and revisit previous support. Democrats losing the election, although they currently hold the upper hand, could cause Bitcoin to take a plunge as well. But these possibilities do not faze analysts who assert that Bitcoin has already set a new standard as it is very unlikely to revisit $20,000. 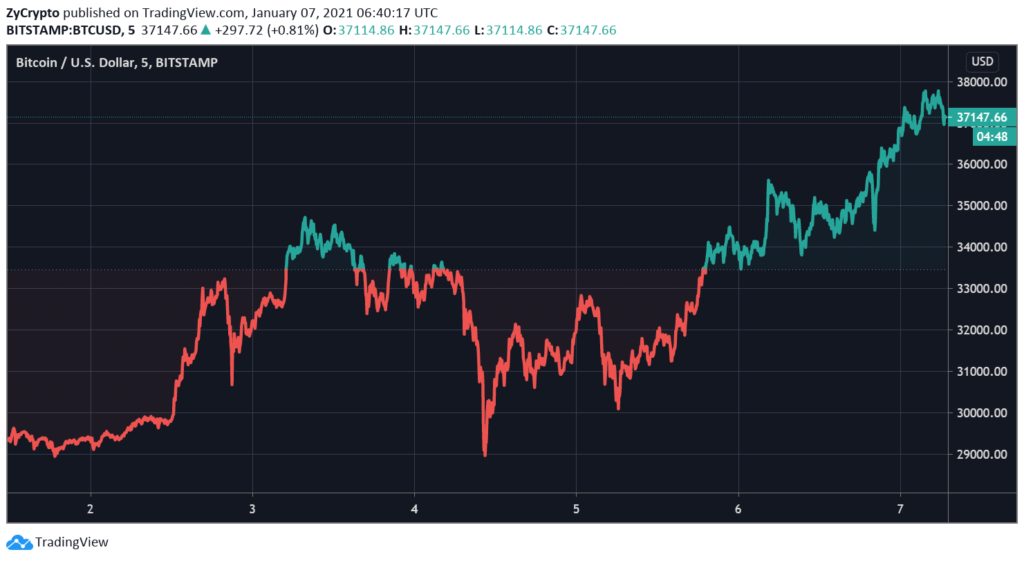 Bitcoin’s ability to maintain pressure above new highs have been a topic of debate over the years. The observation that Bitcoin was historically breaking below new highs and taking a massive downslide birthed speculation that Bitcoin hitting new highs is not reflective of its unreliable momentum.

However, Cameron Winklevoss of Gemini noted that Bitcoin has stayed above $30,000 for the past 5 days. Post-halving metrics also hint at a $286,000 price breakout, although this will take several months, after October we’re a few months close. ETH on the other hand is also poised for a breakout in price. Analysts are calling $2000, a price breakout that they claim is long overdue.

At press time, ETH sits at $1,184 as it eyes the $1,300 resistance. Whale activity is still in sight as $30,917,224 worth of Bitcoin has been transferred from an unknown wallet into Coinbase. Analysts have advised that traders take caution as whale activities are expected to carry on for the next few weeks.