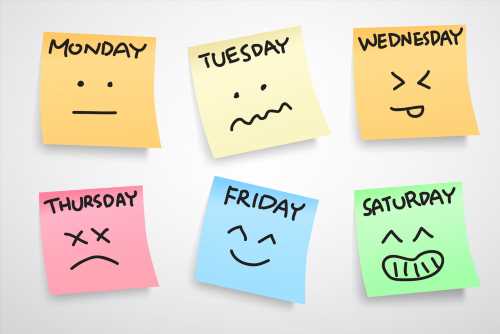 Bitcoin eased on Monday after posting an incredible weekend rally that took its prices to another lifetime high.

The flagship cryptocurrency fell by up to 7.75 percent from its record peak of $49,700, underscoring repeated sell-off attempts as the price eyes a close above $50,000, a psychological upside target. Meanwhile, support near the $45,500-level kept bears from extending their downside bias, thus leaving Bitcoin in a short-term consolidation range. 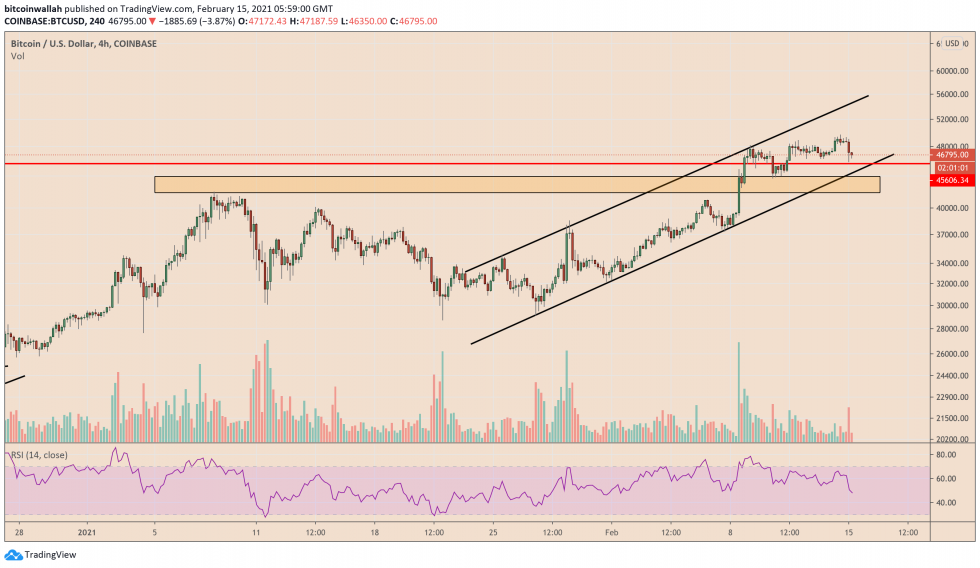 Nonetheless, the latest speculation came as many traditional strategists reiterated their warning of a brewing “bitcoin bubble.” The cryptocurrency’s meteoric rise in the past 10 months raised many eyebrows, with economist Nouriel Roubini and gold bull Peter Schiff warning about excessive speculation and price manipulation.

Mark Haefele, the chief investment officer at UBS, also undermined Bitcoin’s parabolic moves by calling it a hype, noting that traders have wrongly perceived institutional investments (read Tesla) as their cues to raise their crypto bids. He noted that the nascent market now treads ahead with regulatory, volatility, and environmental risks.

“If a corporation were to increase its euro holdings or any other primary currency, we wouldn’t see a move of this magnitude,” he explained. “That a single individual can have such an impact on crypto prices undermines concerns about low liquidity and high volatility. Far from boosting the credibility of crypto, we think this undercuts it.”

All concerns pointed to one thing: That Bitcoin has risen too excessively in very little time. Therefore, it risks massive bearish corrections in the sessions ahead, just like it did after posting a supersonic rally in late 2017.

But Will It? The Bitcoin Fundamentals Disagree

US inflation figures released last week came out to be lesser than expected. They showed that both the headline and core rate was 1.4 percent year-on-year rather than 1.5 percent and 0 percent forecasted by economists.

The data release followed a speech from the Federal Reserve Chairman Jerome Powell at the Economic Club of New York. He stressed that the US central bank would not consider raising interest rates even if inflation closes above 2 percent. Instead, they would focus on achieving maximum employment before tapering their $120bn per month asset purchase program.

That provides tailwinds to Bitcoin’s bullish outlook by putting downside pressure on the US dollar. Traders—and even institutional investors—now expect the greenback to continue its year-long bear trend as US President Joe Biden takes aggressive steps to pass his $1.9tn coronavirus stimulus package.

Bitcoin expects to undergo technical correction as it targets the lower trendline of its ascending channel. That could coincide with a rise in longer-dated Treasury yields, with the 30-year rate surging to its highest since February 2020 amid growing optimism about the US economic recovery against declining COVID-19 cases and a smooth rollout of vaccines.

A notable event ahead is the FOMC minutes release where the Fed would reiterate its dovish policy but without urgency to expand its quantitative easing paces. Bitcoin has historically done well against the central bank’s expansionary decisions, so it may attempt to bounce back from its Channel support in the latter half of this week to retest $50,000 as its upside target.