Home » Bitcoin » Bitcoin on exchanges is going to move out, will the price budge?

Bitcoin on exchanges is going to move out, will the price budge?

Looking at the price charts, one would think that a drop is coming soon, but the data points otherwise. A drop of over $2,000 followed by a sideways movement for over two weeks should suggest a weak outlook for the market, but that’s if you’re only paying attention to the price. Bitcoin’s on-chain data suggests that the momentum is still strong in the market.

Firstly, pointing to the inflows and outflows from major exchanges, there are large volumes of Bitcoin being moved during the last crash earlier in the month. This indicates that traders are not sitting idly by as the markets fluctuate, and instead are waiting eagerly to move their BTC around whenever there is a price drop. Such concern and anxiety suggest that “there are less BTC being sent to the exchanges to sell as confidence slides back up again,” stated Pollard. 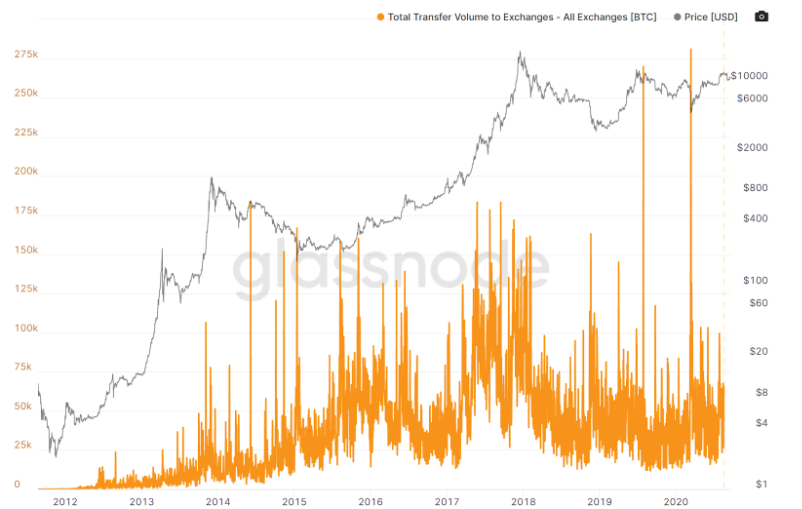 Secondly, pointing to derivatives exchange data, another positive sign emerges for the spot market. Inflows to big-money exchanges like BitMEX have “stayed down” since March indicating that while traders were rushing to exchanges to deposit Bitcoin, the overall balance was reducing. This indicates that while trading volume was high, the number of positions open and outstanding on these exchanges were dropping, as traders looked to close out and move on. Pollard stated,

” You can see a small spike up as people rushed to deposit BTC to bolster their positions but ultimately balances permanently reduced.”

Going forward, what does this mean for the market? Well, anxiety is certainly high in the market, like it always is, but traders are keeping one eye on the price charts and the other on their wallet balances, increasingly shifting focus to the latter. With the market still holding strong, a move down would trigger a wave of sell-offs, more so that the proportionate drop in price as spot traders push their BTC on exchanges to sell, and derivatives trades pump volume to close out positions.

The Bitcoin market, as always, is firmly on a knife’s edge.