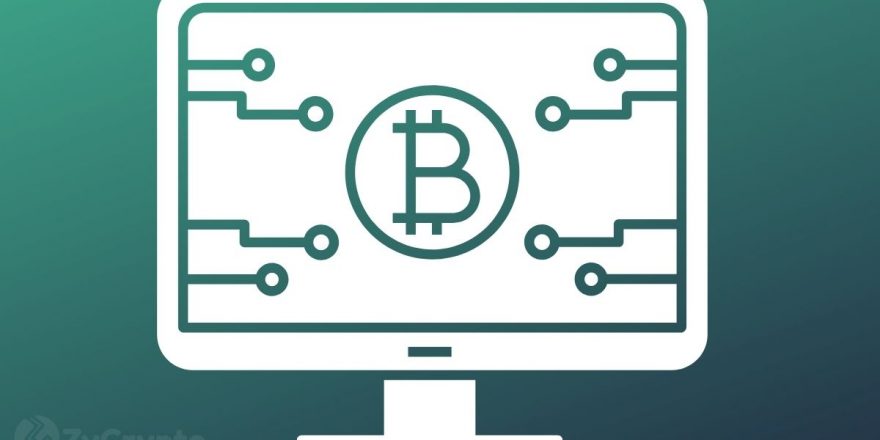 September 7 has arrived, and with it the delivery of the promised Bitcoin Law implementation in El Salvador. The law, which was proposed by President Nayib Bukele and passed into law by the country’s legislature in June, has come into effect three months after.

It is a historic moment for the country and for the cryptocurrency market as the country is the world’s first nation-state to adopt Bitcoin as legal tender.

In another world’s first, they became the first country to have Bitcoin in their reserve as they purchased 200 Bitcoins yesterday. After the purchase, President Bukele said the country’s brokers would be buying a lot more. Hours later, he revealed the purchase of another 200 Bitcoins making a total of 400 which is valued at around $20 million by Monday’s price.

Further remarking on the day, President Bukele today stated that the move was to advance El Salvador to a first-world country. He acknowledged that he did not expect it to be a smooth ride as every revolutionary journey was bound to have some difficulty.

“Like all innovation, the process of Bitcoin in El Salvador has a learning curve. Every road to the future is like this and not everything will be achieved in a day, or in a month. But we must break the paradigms of the past. El Salvador has the right to advance towards the first world,” his tweet posted in Spanish said when translated to English.

However, the arrival of the day has marked a kind of climax in the market as Bitcoin has dropped since its implementation. Having been on a recent surge that saw it rise 7.49% in the last seven days, it fell 0.83% in the last 24 hours. Yesterday, Bitcoin reached a local high of around $52,800 but is currently trading at around $50,983. Crypto analysts who attributed the surge to the anticipated Bitcoin law implementation of El Salvador seem to have been validated. 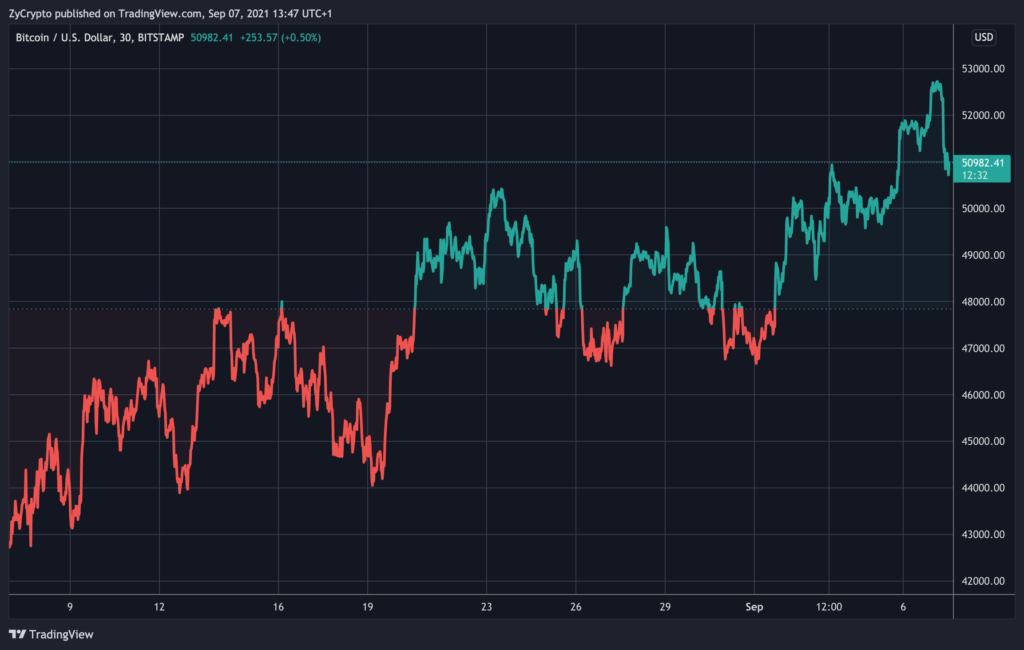 Michael Saylor, CEO of MicroStrategy and strong Bitcoin proponent, also indicated he would join the trend in a tweet. He was not alone as a pool he shared had 84% of over 88,500 participants saying that they would also buy $30 of Bitcoin to commemorate the day.

In contrast, several critics have noted their discontent with the country’s move. In a Bloomberg report, the global investment bank JPMorgan said problems could arise with El Salvador’s implementation of the Bitcoin law due to the fact that much Bitcoin is tied up in illiquid entities, 90% of which hasn’t changed hands in over a year. They reckon this could be a limitation to El Salvador’s use of cryptocurrency for day-to-day transactions.

Within the country too, opposition pressure is building up as an opposition party has sued the government for the Bitcoin law. Jaime Guevara of the Farabundo Marti National Liberation Front (FMNL) has joined a group of citizens to oppose the law. The lawsuit accuses the government of passing unconstitutional laws.

Overall though, market players are still optimistic and looking forward to what the results emerge from the country’s “experiment.” CEO of Binance, Changpeng Zhao is of the opinion that it is just the beginning and other countries may soon adopt crypto as legal tender.

Others have also expressed hope that the country’s unbanked population will stand to gain the most from the move. Other countries including Latin American countries are also watching to see the outcome. Should they be positive, there may likely be a domino effect of countries following suit.