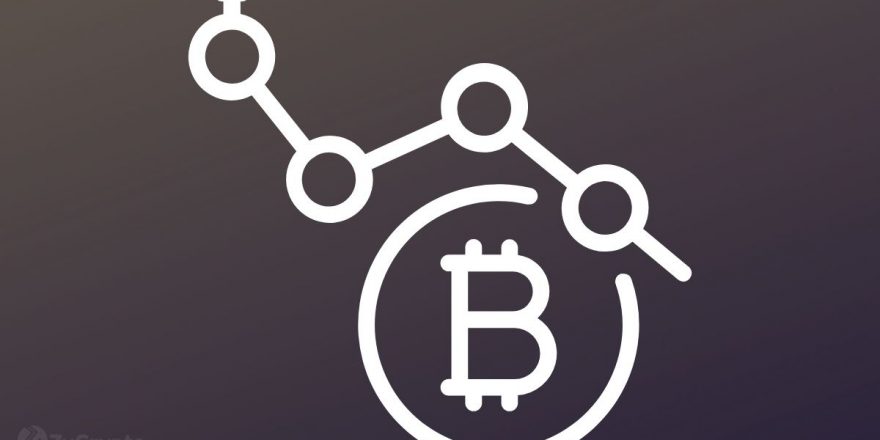 The Bitcoin price managed to crawl higher on Wednesday, May 4 after a miserable open to the week on Monday. The cryptocurrency bounced back alongside equities following the United States Federal Reserve’s decision to raise interest rates by 0.5% for the first time since 2000.

Fed Embarks On Its Biggest Fight Against Runaway Inflation

The members of the Federal Market Committee (FOMC) voted to raise the target for the federal funds rate by 50 basis, bringing the benchmark to a range of 0.75% and 1%. Notably, this is the first upward adjustment since 2018.

Fed Chair Jerome H. Powell hinted about a 50-basis point hike in late April during a panel hosted by the International Monetary Fund (IMF). Hence, the decision on Wednesday was widely expected by many.

The Fed’s aggressive monetary policy is aimed at ameliorating the rampant inflation, which skyrocketed to 8.5% in March — its highest level in four decades. “Inflation is much too high and we understand the hardship it is causing. We’re moving expeditiously to bring it back down,” Powell said in a press conference following the announcement.

The Federal Reserve trimmed the interest rates to zero back in March 2020 to buoy the economy as the COVID-19 pandemic struck. Despite heavy criticism from economists, the Fed maintained the rates there until earlier this year. This marks the first time the Fed has hiked the interest rates by half-percentage point in a single meeting since May 2000.

The United States’ central bank has taken a more hawkish stance in part due to the economic uncertainty created by the Russian military attack on Ukraine and fresh lockdowns in China. However, Powell has ruled out any possibility of a more aggressive 75 basis point increase in the near future.

In the statement, the Fed also indicated that it will start reducing the Treasury bonds on its balance sheet by $35 billion in each of the coming three months and then going up to $60 billion a month beginning in September. It will also begin selling off mortgage-backed securities on June 1. This move is commonly known as quantitative tightening, which in simple terms, means the Fed is looking to suck money out of the economy.

The cryptocurrency market mounted in the final lead-up to the release of the FOMC meeting and remained steady after the Fed announced the rate hike. The two top cryptocurrencies, bitcoin, and ethereum gained 6.1% and 6.9% respectively on the day.

In all, the total crypto market capitalization is down 5.9% over the last 24 hours, sitting at $1.2 trillion.