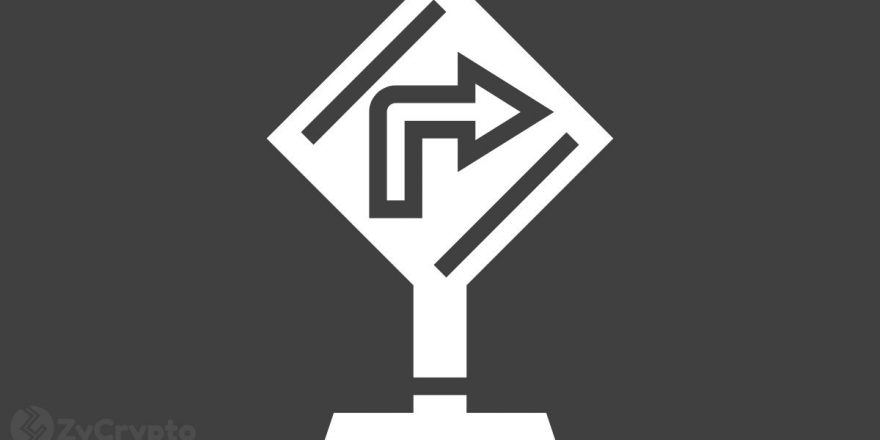 China’s top government authorities are not yet done with bitcoin. Earlier today, the regulators published a statement declaring that trading and mining digital currencies are now strictly prohibited within the country. To no one’s surprise, the announcement took a heavy toll on crypto prices.

But according to some observers, the last time China imposed stricter regulations on crypto back in September 2017, it took only three months for BTC to achieve a new all-time high at $20,000.

Will Bitcoin Experience A Similar Bull Run As 2017?

Bitcoin investors were today hit with the news that the Chinese government was hell-bent on banning the use of virtual currencies.

At the time of publication, the bitcoin price has dropped by 6.01 percent on the day, with the bellwether crypto trading at roughly $42,869.46. The events of today noticeably bear a strong semblance to September 2017. At that time, the China ban drove the bitcoin price down, only for the crypto to stage a strong recovery and tickle the underbelly of the $20,000 level merely three months later in December. 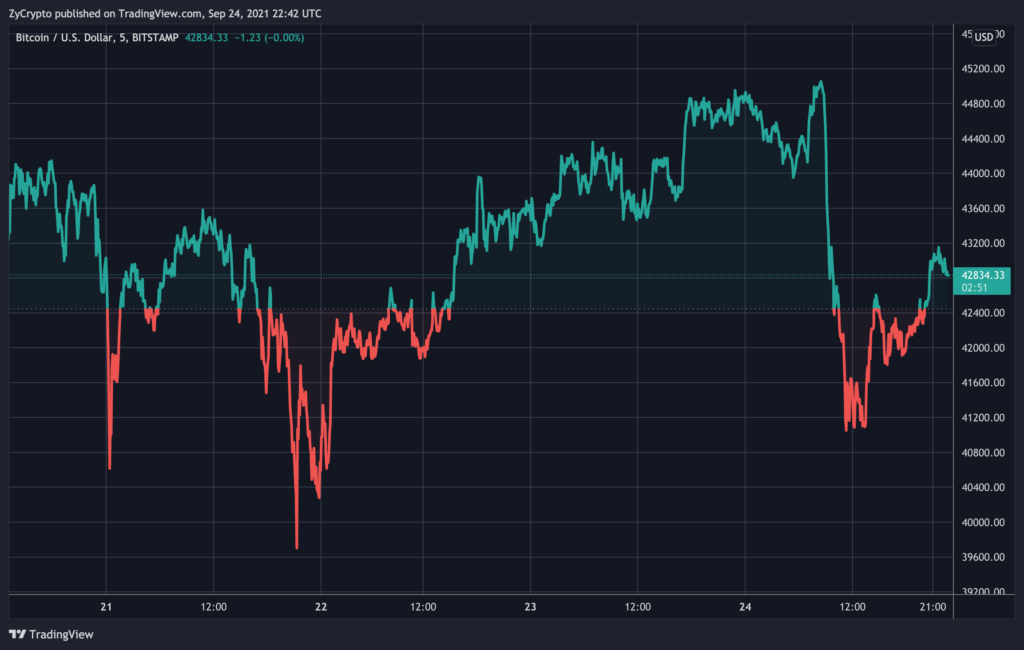 Whilst it remains to be seen whether a similar performance would be demonstrated by BTC this time around because market conditions are very different in 2021, one analyst perceives “history doesn’t repeat itself but it sure does rhyme”.

China Crypto Crackdown Is A Huge Opportunity For The U.S.

Meanwhile, as the Chinese government declares all financial transactions relating to cryptocurrencies illegal and imposes an outright ban on crypto mining, Senator Patrick Joseph Toomey Jr., suggests that the move could be a boon for the United States.

The Pennsylvania Republican observed via tweets today that China’s crypto clampdown is also a reminder of the US’s “huge structural advantage over China”. Toomey further noted that China is opposed to economic freedom as evidenced by the move to restrict its citizens from being a part of “what is arguably the most exciting innovation in finance in decades” — referencing crypto.

“China’s authoritarian crackdown on crypto, including #Bitcoin, is a big opportunity for the U.S. It’s also a reminder of our huge structural advantage over China”

“Beijing is so hostile to economic freedom they cannot even tolerate their people participating in what is arguably the most exciting innovation in finance in decades. Economic liberty leads to faster growth, and ultimately, a higher standard of living for all.”

Long-time bitcoin supporter and Morgan Creek Digital co-founder Anthony Pompliano, simply known as Pomp, concurred with Senator Toomey and expressed gratitude to him for bringing attention to this crucial detail.