Home » Bitcoin » Bit By Bit, But Bitcoin Is A Hit 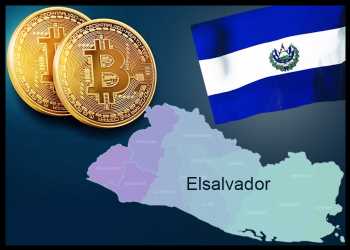 Bit By Bit, But Bitcoin Is A Hit

The pioneer cryptocurrency has been gaining steadily for the past few weeks, ever since it hit a low of $29,807.35 on July 20.

At the current trading price at a four-month high of $51,132.52, the market leader has a 7-day return of 7.88 percent, a six-month negative return of 0.14 percent and a twelve-month gain of 393 percent. At current level of market capitalization of $963 billion, BTC’s market dominance is around 42.10 percent.

The euphoria is to an extent attributed to Bitcoin’s debut as legal tender in El Salvador on Tuesday and the central American nation’s purchase of around 200 bitcoin for the same.

As we did in our previous analysis, in this week’s roundup too, let us analyze the top 15 coins based on market capitalization (source: coinmarketcap.com).

Solana (SOL) has improved a notch from rank 7 to 6. Dogecoin (DOGE) which was ranked 6th last week has slipped to 7th position. Polkadot (DOT) has maintained status quo with rank 8 in market capitalization. Bitcoin Cash (BCH) at rank 9 and Litecoin (LTC) at rank 10 have both improved their rankings by one notch. However, Terra (LUNA) has slipped by 2 positions from rank 9 to rank 11. Internet Computer (ICP) too has maintained status quo in ranks at 12th position.

VeChain (VET) which entered the top-15 recently and Ethereum Classic (ETC) have been eliminated from the top 15 ranks according to market capitalization. Polygon (MATIC) slipped by one level to 14th rank but remained within the top-15.

Filecoin is a decentralized storage system that aims to “store humanity’s most important information”. Decentralized storage systems like Filecoin allow people to be their own custodians of their data, as well as makes the web more accessible to people worldwide. Since participating in the Filecoin network by mining and storing is directly related to winning more block rewards, Filecoin incentives participants to act honestly and store as much data as possible (source:coinmarketcap.com).

At the current price of $101.04, FIL has seen a 24-hour dip of 11.26 percent, 7-day gain of 38.83 percent, a six-month return of 143 percent and twelve-month return of 394 percent. (all percentages in non-annualized terms). The current market capitalization is around $10.35 billion. The circulating supply is around 102 million coins with no maximum supply specified.

Avalanche (AVAX) is an umbrella platform for launching decentralized finance (DeFi) applications, financial assets, trading and other services. Developers aim to bring together the huge, fragmented and often opaque world of asset trading under one roof, allowing barrier-free access. Developers can create and release all manner of entities from blockchains to digital representations of any asset, and allow them to trade according to any given parameters(source:coinmarketcap.com).

At the current price of $44.27, AVAX has seen a 24-hour dip of 12.89 percent, 7-day gain of 2.56 percent, a six-month return of 66 percent and twelve-month return of 746 percent. (all percentages in non-annualized terms). The current market capitalization is around $9.65 billion. The circulating supply is around 220 million coins with maximum supply capped at 720 million coins.

The enthusiasm in crypto sphere is continuing unabated, despite dip in share of market capitalization of market leaders Bitcoin (BTC) and Ethereum (ETH) and the surging popularity of the alternative coins.

Will this euphoria be sustained in the days to come?

Or is the alt-season here to stay?

This is the top question in the minds of most cryptocurrency watchers today.