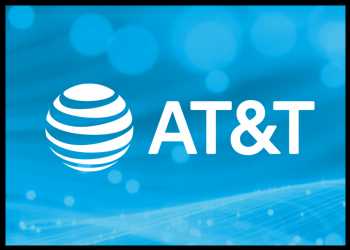 John Stankey, AT&T CEO, said, “Our momentum in growing customer relationships is reaching historical levels. We had our best first quarter for postpaid phone net adds in more than a decade and our fiber broadband net adds remain consistently strong. Our results, including free cash flow, are in line with our expectations toward delivering on the full-year guidance provided at our recent Analyst Day.”

In March, AT&T provided pro forma 2022 and 2023 guidance for standalone company, and reiterated guidance for $20 billion range in free cash flow in 2023.

Consolidated revenues for the first quarter totaled $38.1 billion, down 13.3 percent from $43.9 billion in the year-ago quarter. The lower revenues reflected the impact of divested businesses, as well as lower Business Wireline revenues.

These decreases were partially offset by higher revenues in Mobility, WarnerMedia, Consumer Wireline and Mexico revenues.

Excluding the impacts of WarnerMedia and Xandr from both quarters, standalone AT&T consolidated revenues totaled $29.7 billion, up 2.5 percent.

In the quarter, communications revenues were $28.9 billion, up 2.5 percent due to increases in Mobility and Consumer Wireline, despite a decline in Business Wireline due to lower demand for legacy voice and data services.

Latin America revenues fell 49.8 percent year over year due to the sale of Vrio.