On 10th August, Zcash released its weekly update report on its official forum. After a 3 week long sprint that the members had opted, in order to put back things in place, this week’s report reveals that the team is tied up with a lot of developments in anticipation of future releases. 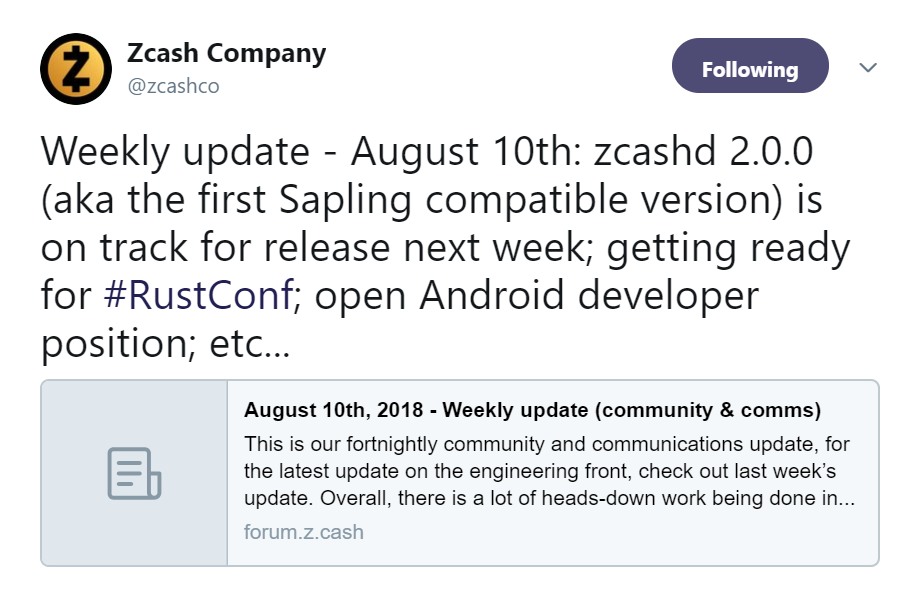 The team has stated that the Zcashd 2.0 release which is due on Monday [13th August] has the probability to move to a different date later this week. They also said:

Zcashd 2.0 release will be the first Sapling compatible release with the hardcoded Sapling activation height, the report said. All development updates can be followed on their community channel named zcashd-team.

In addition to the above, Zcash announced the release of their video series called Perspectives. Perspective is a series of video clippings taken at the  Zcon0 conference, the community’s first-ever conference.

Various member of the Zcash community sat down to discuss their perspectives on several topics which included governance of protocols, the usability of the ecosystem, forthcoming Zcash protocol upgrade, regulation, market behavior, challenges that can be faced, and privacy issues.

The community members are also looking at the possibility of using Rust for blockchain development and will hold a meeting regarding the same soon.