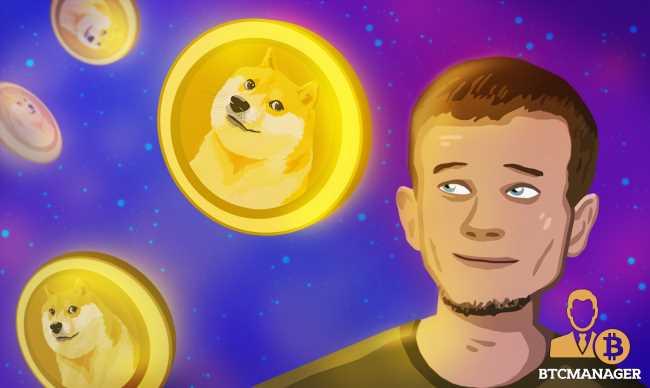 Vitalik Buterin, the co-founder of Ethereum, suggested that dogecoin switch to a proof-of-stake (PoS) algorithm. He hopes the memecoin could use Ethereum code in the transformation. He made the recommendation on Twitter.

Buterin recently became an advisor to the re-branded Dogecoin Foundation. He did a random Twitter analysis answering the 268 people he follows with many questions. He wanted to answer questions that are crypto-related or not. He did this to see if there’s any format at all in which Twitter can still be a helpful conversation platform for him.

He further asked what DOGE has that got him interested in the project. Buterin said that he hopes that DOGE can switch to PoS soon, perhaps using ethereum’s code. He also hoped that they wouldn’t cancel the 5b/year annual PoW issuance. He suggested they put it in some DAO that funds global public goods. It would fit nicely with dogecoin’s non-greedy wholesome ethos.

Buterin noted his biggest Ethereum regret is the idea of eight co-founders. He said he was very confident in the network’s speed of advancing to proof-of-stake (PoS), further touching on several crypto-related points.

Buterin said the most brutal lesson he learned through the Ethereum experience is that people cannot coordinate in small groups than expected. He stated that you couldn’t just get everyone to sit around in a circle, see each other’s inherent goodness and get along, especially when substantial incentive conflicts are at play.

Ethereum (ETH) is making a significant transformation in the current market bull run. In the last 24-hours, the ETH is up 8%, advancing to $3,800 levels. ETH has registered a solid 20% gain over the previous week. Santiment, an On-chain data provider, reports that ETH price has moved over $3500 levels for the first time since May.