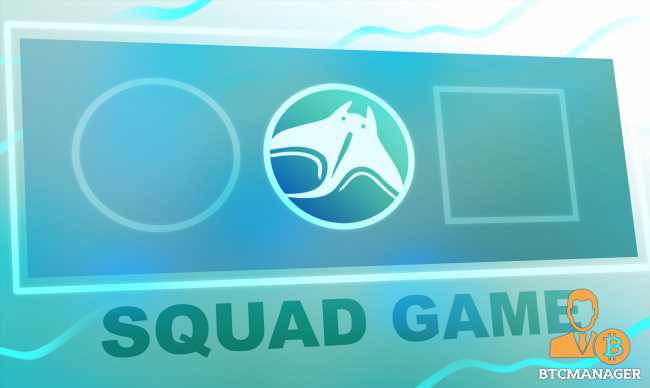 Manta Network, a full-stack set of privacy protocols built on Substrate for the Polkadot DeFi ecosystem, is on the march towards its community token event titled “Squad Game.” A colorful take on the globally popular Netflix series “Squid Game,” a group of manta rays is known collectively as a squadron, or squad for short, contributing to the event’s novel naming.

To engage with its community and attract the broadest audience to its Squad Game network token sale, Manta Network opened registration for its token event set to be spread across two 24-hour rounds on November 10th and 11th. The event is exclusively by invitation only, meaning that only those community members who have been whitelisted after KYC approval between October 19th and November 9th are eligible to participate.

By design, the event is designed to encourage widespread community participation by limiting the maximum amount KYC-compliant invitees are allowed to buy while also keeping the minimums low as well to strengthen the appeal for parties that only wish to buy small allocations. The first round will involve guaranteed allocation of tokens, whereas the second round will operate on a first-come, first-serve basis.

A grand total of 80 million $MA tokens, or 8% of the total fixed supply of 1 billion utility tokens, will be generated during the event and available for purchase in DOT and ETH alongside the ERC-20 versions of USDC and USDT. All purchases will be subject to a 40-day lockup after the event.

DeFi has presented numerous value-added use cases, but one of the main drawbacks of the existing paradigm is the lack of user privacy and limited interoperability. Transactions on existing DeFi protocols are not truly anonymous. Be it a transfer or portfolio management, transactions can be matched with users, making existing DeFi risky for participants seeking to keep their activities obscured.

Furthermore, Manta has notched other important victories, including a successful crowdloan for its Calamari canary network that won it a Kusama parachain. Now, with Polkadot parachains around the corner, the Manta token sale event will precede the forthcoming auctions, helping build hype and attention ahead of the competition for parachain slots.