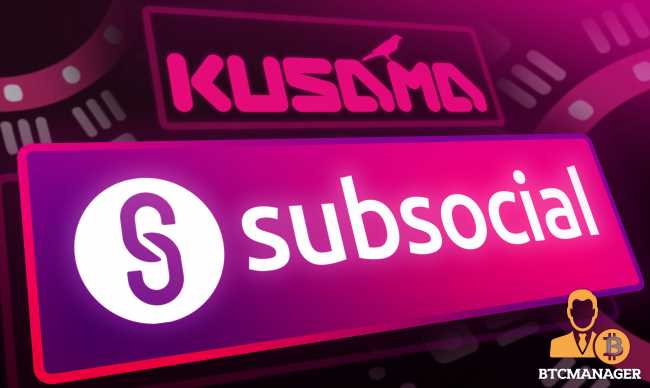 Subsocial has announced that it will be distributing a total of 16.5 million SUB tokens to those who staked their KSM tokens to enable it to win a Kusama parachain slot. The Subsocial network is scheduled to go live on January 8, 2022.

Having successfully secured a parachain slot on the Kusama (KSM) blockchain, thanks to the massive support it received from members of its ecosystem, Subsocial is now set to fulfill its own part of the deal.

For those who are unaware, Subsocial is a Polkadot-based, open platform that’s focused on enabling people to create their own decentralized social networks and marketplaces. Subsocial launched its bid for a kusama parachain slot last November, inviting KSM holders to support its bidding and get rewarded in its native SUB token.

With massive support from KSM holders, Subsocial easily reached its crowdloan cap of 100,240.69 KSM during the auction and the project will now distribute 16.5 million SUB to participants when the platform goes live in early 2022.

“We are thrilled to have Subsocial secure a parachain slot on Kusama. This will allow us to build all sorts of innovative integrations in the Social Finance sector. Our community’s support has been incredible.”

Per the Subsocial team, the main features of the platform are censorship resistance and built-in monetization methods. With Subsocial, users can easily create their own sustainable social networks and enjoy full control over them. Subsocial is not a decentralized social media platform in itself, but a network that allows anyone to bring their own social network to life.

The platform uses the Substrate blockchain framework and IPFS for decentralized file storage to connect to the Polkadot and Kusama networks. By securing a Kusama parachain slot, the team says Subsocial will be able to leverage the former’s XCMP cross-chain message -passing protocol to communicate with other parachains in the Kusama ecosystem.

This way, Subsocial will be able to build feature integrations with other parachains. The team says another key benefit is that it will make it easier for users to obtain SUB, as it will be listed on decentralized exchanges.

If all goes as planned, the Subsocial Kusama Parachain will be launched on January 8, 2021, with its current betanet relaunched as a standalone mainnet, meaning it will operate two chains, connected by a bridge by a bridge and sharing the same SUB token.