The past few days, Stellar Lumens was center concentration of the market as it continued recovering during the weekend and did not stop on the first day of the week as it is on the green zone for 4.56% in the last 24-hours and reached the $0.38 level while being tanked not heavily by sellers.

By trading volume in the last day, Binance, Upbit and Poloniex are leading for exchange places with the first in position marching ahead by $22.7 million. 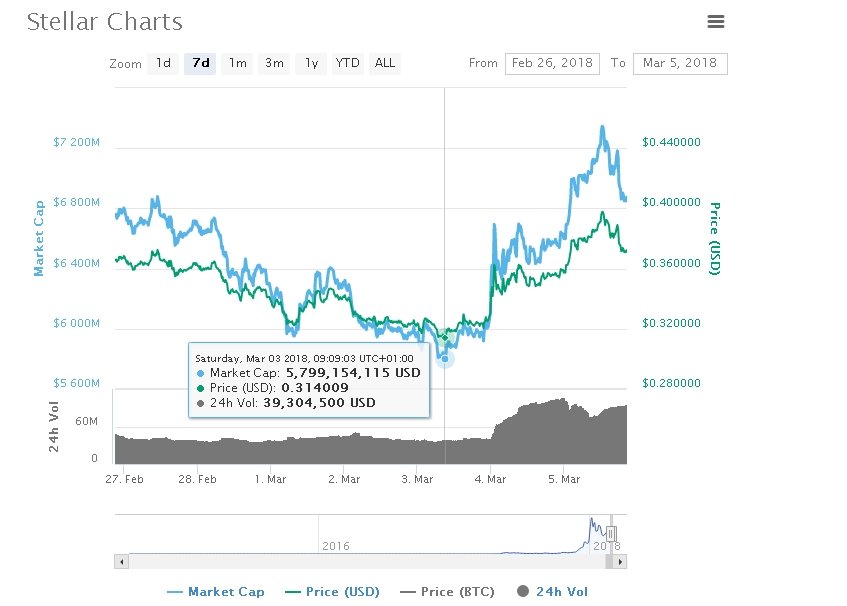 The native asset of Lumens is the stellar network, more in-detail; Lumens are built into the stellar network. This makes up a unit of digital currency. Users can only exert digital ownership of these assets with a private key and they cannot be held physically.

To give birth to more confusion for the platform, the token itself was named first STR before being rebranded to XLM. Earlier on, words were spreading that the network has no need of a native asset, which conclusion was terminated as Lumens are planned out that way to prevent transaction spam in the network and accordingly at every point in time all signed account must have at least 20 XLM.

A Crypto-Central post on twitter has just been retweeted by the firm behind the crypto – Stellar Lumens as the tweet delivers a link directly to their Pre Release Wallet: