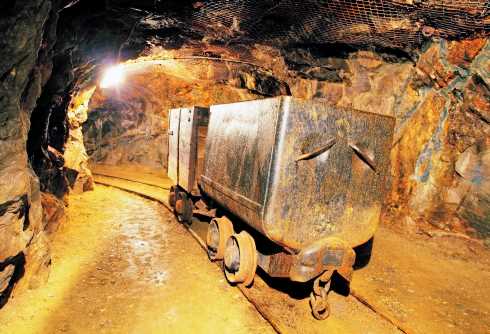 Yesterday we touched upon the differences between mining Bitcoin vs other currencies, and today we will talk more about how you can set yourself up for success with your mining enterprise.

This article will bring you the most benefit if you’re already mining Bitcoin or some other crypto currency. We are going to take a look at different currency options to consider and their hashing requirements, as well as compatibility across hardware. After getting through the main elements, describing the most popular hashing algorithms and the currencies that are utilizing them, you can find a table with all the necessary information to make a profitable choice.

If you’re looking to learn more about Bitcoin mining, or simply mining in general, you should have a look at our Bitcoin Master Guide series for a proper introduction into the topic.

If you’ve been mining for a while, you understand how important it is to earn more than you spend on your mining venture. Whether you are mining from home or utilizing a cloud mining service, it is up to you to decide how that hardware is put to use.

By picking the right currency, you can avoid strong influxes in network difficulty which will negatively impact your capabilities at efficient mining. Instead of losing profits, you could follow the network difficulty and switch to compatible currencies. This can lead you to a higher profit margin, as all of the currencies are interchangeable through online exchanges.

There are a couple of different algorithms that crypto currencies are based on cryptographic algorithms which are essentially used to provide proof of work and security for the transactional history. Let’s take a look at the most popular algorithms today.

Designed by the NSA, this cryptographic algorithm is a part of a wider set of other algorithms first published in 2001. These algorithms are favored because of their key feature called collision resistance. This feature represents the fact that no two inputs will ever result in the same hash output.

Today, there are specialized hardware solutions for mining with SHA-256 called ASICs. They are one of the main reasons for the surge in the difficulty of mining Bitcoin, as more and more hash power floods this currency in particular.

This password-based key derivation function is used as a proof of work in a myriad of different cryptocurrencies today. It’s a memory intensive process, that is either very fast, and very (memory) expensive, or is very slow and cheap, memory-wise.

ASICs also exist for Scrypt mining, and their use is exclusively limited to mining Scrypt. You cannot mine currencies based on other cryptographic algorithms with them.

Designed and developed by the DASH core dev Evan Duffield, this cryptographic algorithm combines 11 different hashing functions. The idea behind this was to delay the production of ASICs for this currency, so that it could be properly developed, and hopefully avoid massive centralization of wealth. This was achieved to a certain extent, as ASICs were delayed until early 2016 which successfully allowed DASH to follow the natural hardware progression (CPU – GPU – ASIC)

Specifically created and used by Ethereum and it’s network, this memory intensive algorithm, designed specifically to disable any significant competitive edge of large miners, against small miners. If you’re looking to learn more about Ethereum Mining and it’s unique algorithms, then you need to have a look at their Github page, as all of the relevant information is located there.

In order to estimate your profitability with a chosen currency, it is helpful to utilize an online mining calculator, that will factor in the costs of your electricity.

Combine this calculator with the correct network difficulty information and you can estimate the profitability of a certain mining venture.

The network difficulty changes every 2016 blocks for Bitcoin, 8064 blocks for Litecoin, and it may be different for every currency out there. Invest some time and energy to find out the specific parameters for any currency that you want to mine.

Like with any venture, you will benefit greatly by implementing a realistic, goal-driven strategy. By allocating your hash power to different currencies at opportune times, you can increase your overall profits. Today, it’s easy to exchange different currencies to Bitcoin or Ethereum, as they are the most preferred wealth storage methods.

Depending on what kind of hash power you have you will inevitably end up looking up suitable currencies in your algorithm category.

A viable strategy would be to:

This way you are covering the complete landscape of currencies available out there. Sure it will take some time to setup all of the different wallets and mining software but in the end, you will enjoy a larger profit margin for your mining venture.

Resources that you can use to ease your evaluation process: