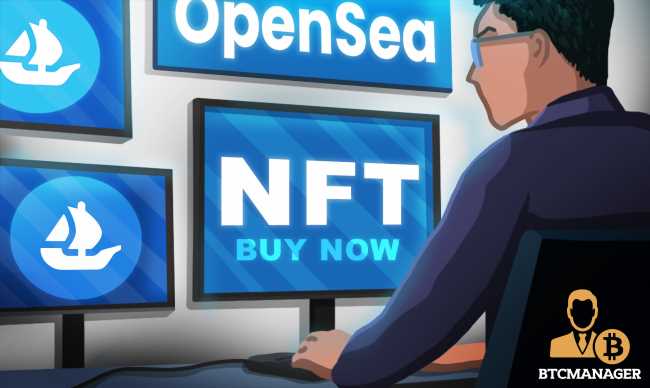 Twitter user @ZuwuTv first made the information public, after tweeting on September 15 that one of Opensea’s employees, Nate Chastain, who serves as the company’s Head of Product, was involved in activities similar to Insider trading. According to the tweet, Chastain allegedly used some secret wallets to buy some NFTs that later featured on the company’s front page.

NFTs that are listed on the front page of OpenSea’s website tend to get more buzz and witness a spike in prices. Chastain, taking advantage of insider information, would buy such NFTs before they went public, sell them after they appear on the homepage, and channel the profits back to his main wallet.

The tweet soon went viral, with more people also investigated and were able to link some transactions back to the OpenSea executive. According to 8BTC News, data collected by BlockBeats showed that Chastain made a profit of 18.875 ETH worth over $68,000 going by the current price of ETH.

OpeanSea in a blog post, later confirmed the accusations. The company called the incident “disappointing”, and said that the behaviour was a reflection of its values.

While OpenSea did not identify the employee responsible for the insider trading, the company said it would carry out an investigation.

A statement from the NFT marketplace reads:

“We are taking this very seriously and are conducting an immediate and thorough third party review of this incident so that we have a full understanding of the facts and additional steps we need to take.”

The incident also prompted OpenSea to introduce a new set of policies for its employees. According to the company, team members were prohibited from trading NFTs promoted or featured by OpenSea, and are also banned “from using confidential information to purchase or sell any NFTs, whether available on the OpenSea platform or not.”

The transparency of the Ethereum blockchain which has enabled users to uncover scams in the past, was helpful in trailing transactions back to Chastain’s publicly known wallet. However, the latest incident has seen calls for a decentralized NfT marketplace.

“Whether or not there is truth to the accusations of insider trading—OpenSea needs to use this as a catalyst to build a more decentralized platform. Centralized systems and their users are vulnerable to bad decisions by humans.”

Back in July, OpenSea was valued at $1.5 billion after raising $100 million in a Series B funding led by Andreessen Horowitz.