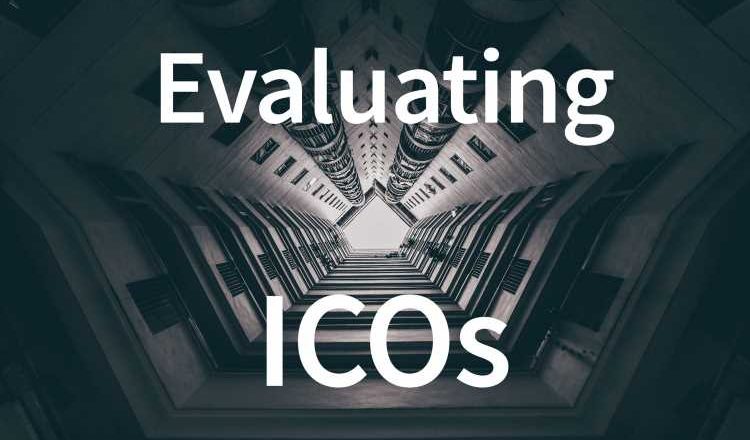 How to evaluate upcoming ICOs

First of all, where can you find out what is going on in the Blockchain community? Best way to start, go to reddit: https://www.reddit.com/r/BlockChain/. Reddit contains a bunch of information about upcoming ICOs, development updates and Blockchain related news. Reddit is well-known for its unsalted opinions and enriching discussions. You can find a thread for most of the altcoins on there.

BitcoinTalk & Bounty Page
Every new ICO will be announced on BitcoinTalk.org. This is the leading crypto/blockchain information forum where all the action happens. Take a look at the announcement and read the comments, many questions will be answered in the thread. Thereafter, look up their bounty page. Check out how many tokens are entitled to the users for every contribution. This is usually a good indication for a pump and dump coin if they unnecessarily emphasize the bounty because they want to garner as much media attention as possible.

The bounty page will give you a good idea of the media channels used to promote their project. Some projects have campaigns reposting every post from their ICO with that have generated a highly positive response. So, don’t be misguided by an excess in positive comments on a media platform like Twitter. The excess just gives you a good indication whether they want to create hype around the project.

Next, take a peek at the underlying technology and the project idea. Is the idea unique and are there any competitors who are developing/have developed a similar project? It is also a good indication if a project is worth something by analyzing their word usage. Are they using a lot of buzz words? If so, it is probably going to be a pump and dump ICO. Don’t get distracted by terms like smart-contracts, AI, automated, future, etc. I recommend starting by reading the whitepaper, even if you don’t have the correct technical knowledge. Try to grasp the idea and understand the innovation they want to create.

Note: A whitepaper only is not enough to collect funds. To be a long term project, it is critical to have a working prototype of the project with the most valuable functionality. Trust! As an ICO, you want to earn the trust of as many investors.

There are two important things to look at:

Greed can be identified as a high distribution of tokens to the team. Be weary of ICOs with an open cap. An open cap states that there is no limit for gathering funds. It is not a good thing to have an open cap because the coin will lose its value. This event is known under the financial term ‘dilution’. If there are more tokens issued, your share in the ICO will be smaller. So, what happens is that the tokens become less unique, this results in a decrease in value per token. However, it doesn’t happen all the time. Strong, viable projects can overcome the process of dilution.

An example of a reasonable distribution of tokens is the one from CoinDash where 20% of the tokens is allocated to the developers and 50% is sold in the token sale. In my personal investing strategy, 20-25% for developers is the maximum. I prefer to see 60% of the tokens being sold so the investors own the biggest share of the tokens and get sufficient voting power.

This is by far the most important factor. First, do a check on the team members. Do they have some experienced managers which have worked in the crypto or the blockchain field? Research each individual and try to figure out if they are credible or not. Next, do some research about the developers. Each team should have at least three developers with experience in developing decentralized applications or working with smart contracts. If you are familiar with coding, you can check out their Github profiles and investigate their code.

Thereafter, look up the project repository on Github. Developers push new changes in their code to Github. This code change or addition is called a ‘commit’. You can see how many commits are executed daily and see which person has the biggest share. This allows you to easily track the development team’s activity. To make sure they actually do something, explore the commits themselves. Some developers have the nature to commit every small change, and some just commit after half a day of coding. Every commit has a counter which tracks the amount of different changes.

In my opinion, every ICO should have a Slack for their community members. It is an integral part of community care. It makes it easier to communicate with your followers and announce new information like project milestones or new collaborations with companies. These question should help you determine if the ICO cares about their investors and followers:

Trust and professionalism should be the focus with a bit of aesthetics. Design can be determined in many ways: website, Slack channel structure, ICO poster, BitcoinTalk announcement, etc.

It all depends on your trust level in an ICO. Make a list of all the elements and give them a rating. Decide for yourself if you have faith in the project and compare your findings with others. It is always possible you missed out on some critical information which can make or break an ICO. Filter out the meaningful comments between the many bounty comments and join their Slack. It all comes down on grasping the general feeling and atmosphere around the ICO. Finally, you should look at the token distribution and whether they used a hard cap.