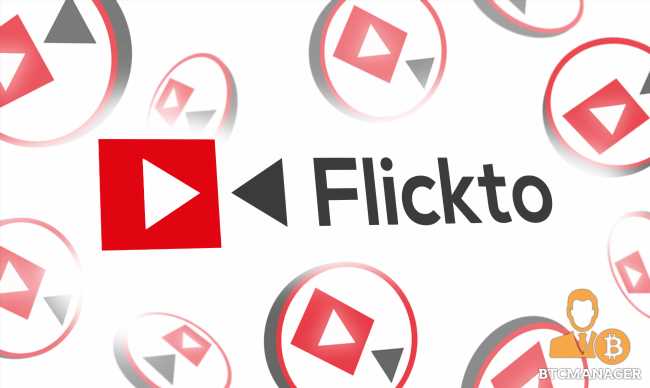 Flickto, a Cardano-based media Launchpad, is breaking records barely 48 hours after launching based on statistics from the ongoing FLICKO IDO on KICK, streams on December 29, 2021, reveals. After announcing their IDO on KICK, a launching pad, it only took two hours for 50 percent of the team’s initial internal target of $350k to be raised. Barely five hours later, over $350k of ADA had been channeled to the project, forcing the team to raise the cap to $750k. Currently, 78.5 percent of the revised target has already been met. Due to the high demand, the team plans to raise the funding target ceiling to $1 million.

The Flickto IDO is drawing big numbers because of the confidence the investment community has in their developers and the safety net of the KICK Launchpad. The project has already been vetted to be valid, a vote of confidence on its developers. On the investor’s side, all they need is to create an account in KICK and submit their details as part of the mandatory KYC. Afterward, they are required to deposit ADA to purchase FLICK tokens. The minimum investment amount is set at $50 of ADA, where the value of every FLICK token is pegged at $0.01. Overall, the Flickto project aims to raise $2.9 million and have allocated 330 million FLICK token through their funding rounds.

The record-breaking Flickto IDO is an immense success for a project that’s raising funds at a time when the cryptocurrency market is dumping. On-chain trackers show that the ADA price is down over 50 percent from all-time highs. At the same time, it is a mark of strength, an indicator of how strong the investment community feels for the project that’s raising during holidays capped between the Festive period and New Year.

Flickto increasing their ceiling could show how wildly in demand the FLICK token would be during the public round. The team has already indicated that there could be threshold requirements that ought to be met during the public round before investing. For example, investors with at least 10k KICK tokens locked in a pool with KICK qualify to participate–the rest would be barred.

The ongoing IDO could be a base ground for investors who plan to increase their token holdings further. Already, there are limitations to how much FLICKO tokens can be bought. Although the minimum amount of $50 of ADA is low, some investors wish to invest more than the $100k maximum cap of 10 million FLICKO tokens. This could be a precautionary measure from Flickto to ensure equal distribution. As an anti-whale mechanism, there will be fairness and the playing field leveled for all users, regardless of financial muscle.

In all, the Flickto project has a total supply of 5 billion tokens. As mentioned earlier, the team is setting apart 330 million FLICK for their fundraising efforts. Most importantly, it should be noted that the Flickto project has an ongoing Initial Stake Pool Offering (ISPO). As a crowdfunding model specific to Cardano, ADA delegators can stake their token on official Flickto ISPO pools to earn  as a reward. Unlike an IDO, Cardano supporters maintain that ISPOs are safer with far more flexibility than existing forms of fundraising. For example, even once ADA is delegated, users can still move their tokens since they retain control of their coins via their Daedalus, Yoroi, or other supported ADA non-custodial wallets.

The high demand for FLICKO on the project’s IDO and ISPO stems from what Flickto promises and the utility of the platform’s token. FLICKO holders can stake for high yields, enjoy NFT airdrops, vote on promising media projects, earn from their investment, and receive cushion should the project’s performance be underwhelming.

Eventually, FLICKO will list on liquid centralized and decentralized exchanges.