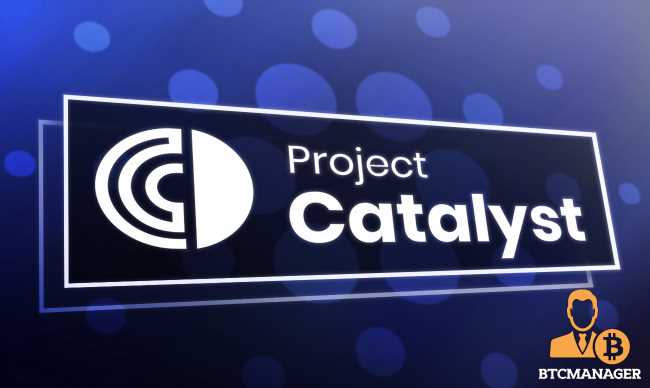 Project Catalyst has announced the rollout of the first Catalyst Natives pilot, which is aimed at enabling businesses to leverage the power of the crowd to outsource the implementation of solutions and solve business problems with Cardano (ADA).

Now, Project Catalyst has launched Catalyst Natives, an initiative designed to make it possible for organizations outside of the Cardano/Catalyst ecosystem to present business challenges and offer incentives to those who will help them solve the challenges with their innovations.

The team says Catalyst Natives is designed to extend access to Project Catalyst functionality the same way the Cardano native tokens feature extends the range of cryptoassets on the Cardano blockchain.

“Catalyst Natives is a fantastic proposition for businesses of all shapes and sizes to gain access to a veritable trove of ideas and to those with the skills to realize them. Businesses can address specific pain points that they either don’t have the resources to resolve or simply do not have a solution for and outsource them as Catalyst challenges,” the team wrote.

Notably, the Catalyst team has hinted that it’s aiming to launch a series of pilots in conjunction with various entities starting with COTI, a blockchain project focused on enabling companies to build their own enterprise-grade payment solutions.

COTI and Cardano have joined forces to develop a highly scalable and user-friendly ada payment solution that enables online merchants from across the globe to accept hundreds or thousands of ada transactions by simply integrating the adaPay solution into their sites.

Commenting on the partnership, Shahaf Bar-Geffen, the CEO of COTI said:

“We are very excited to be the first company to launch a Catalyst Native fund. As close partners, it is only natural for COTI, IOHK, and Cardano Foundation to collaborate once again to allow teams from all over the world to take part in the ADA Pay development and participate in our challenge. Finding new innovative ways to enrich ADA Pay will value not only the Cardano and COTI communities but the entire world by allowing a very wide variety of merchants to accept ADA as a payment method.“

Project Catalyst says it has presented several challenges for the community to collaborate on and develop solutions for via previous funding rounds.

For Fund 7, the Catalyst team is setting aside $8 million worth of ada for the innovators. 80 percent of the tokens will go to project funding, while 20 percent will take care of rewards incentives for voters and community advisors.

“Fund 7 consists of 24 key challenges, 21 of which were proposed by and voted for by the community, two challenges were proposed by IOG and the Catalyst Natives pilot with COTI. The Catalyst community votes on the presented solutions and the winners of that vote receive funding to complete their projects,” the team explained.

In this latest pilot, the team says COTI will offer innovative technical challenges to the Catalyst communities. The innovators will be tasked with creating solutions that would enable small and medium enterprises currently using platforms such as Shopify and WooCommerce, to enjoy new and creative ways to accept ada payments by simply adding a plug-in to their site.

If the pilot is successful, the team says it plans to extend the scope of Catalyst Natives, to allow external organizations to submit their business challenges to the community.