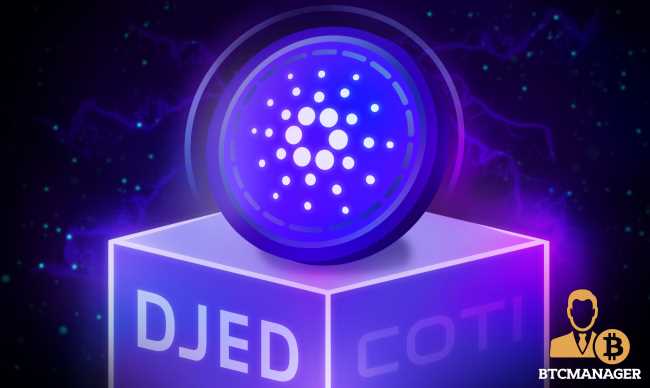 Speaking at the recently concluded Cardano Summit, Cardano (ADA) Founder Charles Hoskinson said that the leading blockchain platform will see COTI serve as its official issuer of a new stablecoin based on the Djed stablecoin protocol.

Cardano to Use COTI-Issued Stablecoin

The fast-growing Cardano ecosystem will soon integrate a stablecoin issued by COTI built on the Djed stablecoin protocol, a recent announcement states.

For the uninitiated, the Djed stablecoin protocol is based on an algorithmic design that taps smart contracts to ensure price stability. Further, the functionality of smart contracts is also used to make sure the stablecoin works seamlessly for decentralized finance (DeFi) applications.

Specifically, the Djed stablecoin protocol functions by maintaining a reserve of base coins while simultaneously allowing users to mint and burn stablecoins and reservecoins.

The Djed protocol’s creators have also stated that there are ongoing discussions about making an implementation of the protocol on the Cardano platform to provide stablecoins which would allow for Cardano’s network usage or transaction fees to be paid via the “Babel fees” approach.

“The stablecoin ecosystem has matured tremendously over the past few years. Blockchain participants are using stablecoins to engage in everyday transactions because they allow monetary value to be exchanged in a seamless manner, regardless of the sender and recipient’s location. I believe that adding the Djed-based stablecoin to the Cardano blockchain will significantly improve how transactions are settled on the platform.”

“The Djed stablecoin could be a game changer in the crypto space, appealing to an entirely new audience at a time when the industry is already experiencing astronomical growth. Djed shares our commitment to formal verification, proving a robust method of combating price volatility of crypto markets. COTI has been a long time partner of the Cardano ecosystem, it’s great to have them on board with this new venture.”