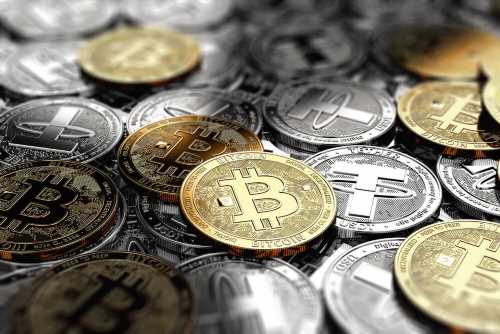 Banks Now Have Permission to Use Stable Coins for Payments

The Office of the Comptroller of the Currency (OCC) has published a new letter stating that banks are now permitted to utilize stable coins to perform what the letter refers to as “bank-permissible functions” including, but not limited to, payment activities.

Stable Coins Are Headed for the Top

In other words, banks may now use and accept stable coins as means of payment, as can their customers. This is a huge step forward in what cryptocurrency was initially designed for; to be used as a payment method.

When bitcoin first emerged in “whitepaper form” in 2008, it was stated that bitcoin and all future forms of crypto should be utilized as means of paying for goods and services. This has been a rather difficult ideal to instill given how volatile these cryptocurrencies have been.

Bitcoin, for example, is known for going up and down like a monetary form of the sun. At the time of writing, the asset is higher than it’s ever been and trading for more than $35,000 per unit. However, there have been times – such as in early 2015 and in 2018 – when the asset has lost quite a bit of steam, resulting in many angry investors with empty pockets.

The latest step towards ensuring crypto is used for appropriate measures comes through stable coins, which banks can now use to initiate payments. The letter states:

Over time, banks’ financial intermediation activities have evolved and adapted in response to changing economic conditions and customer needs. Banks have adopted new technologies to carry out bank-permissible activities, including payment activities… The hanging financial needs of the economy are well-illustrated by the increasing demand in the market for faster and more efficient payments by using decentralized technologies such as INVNs, which validate and record financial transactions including stable coin transactions.

Stephen Palley – a partner with the Washington D.C.-based law firm of Anderson Kill – is not the least bit surprised by this newfound sentiment. He says that while banks are often slow to accept new forms of financial technology, they usually have no choice but to give in. He says that this was the same case for online and internet banking back in the 90s. Banks initially chose to reject the ideas associated with such a practice but were later forced to follow protocols.

Early internet banking was met with approval by the OCC and is now ubiquitous despite early concerns about the safety or practicality of such technology for secure banking services. The OCC continues to show an interest in and desire to engage with new financial technology that consumers demand.

While the permission is there, individuals such as Nic Carter – partner of Castle Island Ventures – believe that stable coins will never replace standard fiat, and that they will only ever serve as secondary payment methods.