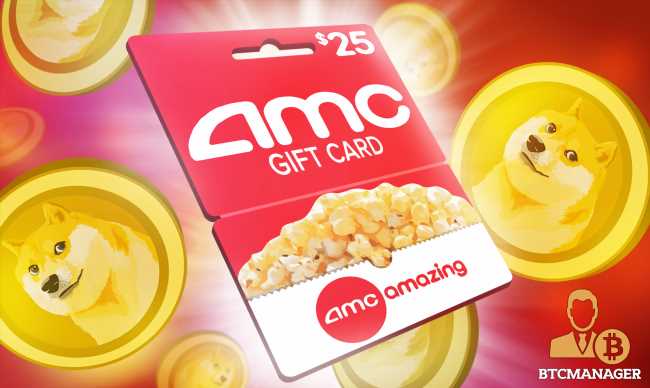 AMC Theatres has announced that dogecoin (DOGE) and other cryptocurrencies are now accepted payment options for its digital gift cards, according to a tweet on October 6, 2021.

AMC Theatres, America’s largest movie theatre chain, has taken a major leap forward in its ambition to fully make bitcoin (BTC) and altcoins accepted payment options in its more than a century-old business.

In a tweet on October 6, AMC Theatres CEO Adam Aron announced that customers of the company will now be able to purchase AMC Theatres digital gift cards with dogecoin (DOGE) directly via the firm’s website, mobile app, and in theatres.

“Huge news Dogecoin fans! As we work to accept online crypto payments, now you can buy @AMCTheatres digital gift cards (up to $200 per day) with Dogecoin and other cryptocurrencies using a BitPay Wallet. Accepted on our website, mobile app, and in theaters,” he tweeted.

Headquartered in Leawood Kansas, AMC Entertainment Holdings, Inc. has not hidden its openness towards the burgeoning digital asset class and its desire to integrate them into its processes.

As reported by BTCManager last September, Aron revealed that AMC Theatres was making adequate plans to make it possible for its customers to pay with established digital currencies for movie tickets before the end of this year.

At the time, he made it clear that the coins being considered include bitcoin, ether, litecoin, and the highly controversial bitcoin cash.

However, the CEO had to conduct a Twitter poll to find out the opinions of the masses on dogecoin (DOGE) and if it should also be accepted. More than 60 percent of respondents supported the move, with a handful of participants vehemently condemning it.

While the Dogecoin project initially started as a joke digital currency with no utility, that narrative has entirely faded away, since heavyweights such as Elon Musk and other popular celebrities joined the Dogecoin movement.

At press time, the price of dogecoin (DOGE) is hovering around $0.24, with a market capitalization of $32.50 billion, according to CoinMarketCap.

While President Nayib Bukele’s El Salvador remains the only sovereign nation to have mustered the courage to make bitcoin (BTC) legal tender, the fact remains that global crypto adoption is now upon.

In other news, Gary Gensler, Chairman of the U.S. Securities and Exchange Commission (SEC) has made it clear that the agency has no plans to impose a China-style blanket ban on bitcoin and other cryptocurrencies.