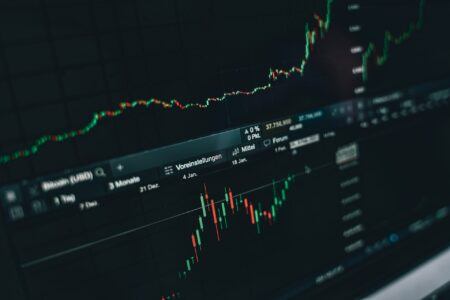 Recently, crypto analyst and influencer Tyler Swope named six altcoins that he wants invetsors to have on their radar during this “altseason“.

In a recent YouTube video, the host of the “Chico Crypto” YouTube channel said that he was bullish on Chi Gastoken (CHI), a next-gen GasToken that was launched last year by the 1inch team.

Here is the 1inch team explaining what a GasToken is:

“A Gastoken facilitates transactions with the same amount of work but less gas. A Gastoken takes advantage of the Ethereum storage refund… To encourage smart contracts to erase unnecessary storage, Ethereum provides a refund for each zeroed element. So, in the process of burning, a Gastoken’s smart contract erases storage that were filled during minting. The most efficient storage gas refunds are achieved by creating and destroying sub smart contract, not by direct writes and erases of the storage.“

Swope had this to say about CHI:

Swope said that CHI rival GasToken (GST2) as another good altcoin for investors who want something similar to CHI, but with a smaller market capitalization and greater upside potential.

The popular trader was also bullish on DeFi protocol Compound (COMP), which he believes will soon form a partnership with Visa. He cited the conspicuous timing between Compound publishing their white paper and the release of Visa’s research into central bank digital currencies (CBDCs).

The other projects recommended by Swope were Morpheus.Network (MRPH), which is a blockchain-powered supply chain platform for the global trading industry, SORA (XOR), which is “working to become the decentralized central bank for the world”, and Energy Web (EWT), which is “accelerating a low-carbon, customer-centric electricity system by enabling any energy asset owned by any customer to participate in any energy market”.