This past week has demonstrated how exceptionally volatile the cryptocurrency space is. Not limited to Bitcoin, this week has seen many prices of altcoins collapse providing the perfect opportunity for high returns in the short term.

Altcoins Worth Focusing On This Week: HIRE, ZCL, BRD, NEO, and GAS

The altcoins worth shifting immediate focus to for the upcoming week are HIRE, ZCL, BRD, NEO, and GAS. These cryptocurrencies have major events, speculation, announcements and presentations in the short term that will dramatically impact their price in a positive manner. Between these five cryptocurrencies, analysis points to the highest short term returns coming from HIRE (smallest market cap, largest drop in price). Each of these coins would be an important consideration this week as they provide the perfect buying opportunity at the discounted market prices.

The market has been filled with FUD all week. This has provided a unique buying opportunity for the savvy investor. Buy low, sell high. If you did not “sell high” there is still time to “buy low.” Baron Rothschild, from one of the most famous families in history, was quoted as saying:

The time to buy is when there’s blood in the streets.

This 18th century quote speaks volumes regarding today’s markets. If you were chasing the markets up when Bitcoin was at $18,000 now that it is priced at 50% of that even more capital should be flowing in. When people are scared investors should be accumulating, when the population is ecstatic it is time to sell. To beat Bitcoin’s returns we focus on altcoins. Alts drop more during corrections but increase much more during rebounds. The HIRE token has the highest volume on HitBTC and is trading at a fraction of their ICO price that concluded only weeks prior. The reason HIRE provides such a strong buying opportunity in the short term is their pricing and upcoming news. I was provided an opportunity to speak directly to one of the founding members, Armando Pantoja, who filled me in on some very important updates on the HIRE horizon. These updates are expected to dramatically impact the short term and long term value and position of HIRE.

HIRE is about to announce the terms of a major partnership with the long speculated Recruiter.com. As the details have not been announced formally this is the perfect time to get behind a coin with real world companies partnering with them on the horizon. Pantoja is presenting on April 18, 2018, to CEOs and representatives of monster.com, ziprecruiter.com, and indeed.com in Las Vegas. If a second or third partnership is announced with another major recruitment platform looking for blockchain integration expect a huge Northern price trend. A coin burn of HIRE is also on the horizon without the specifics announced.

HIRE is the first integration of the recruitment industry into the blockchain and is about to have real world partners. They are available for a fraction of the ICO price (1ETH=2200 HIRE originally and now is 1ETH=10,000 HIRE). Their founder is presenting to top-level management of ziprecruiter.com, monster.com, and indeed.com, in one month’s time. Finally, they are about to announce their plans for a major token burn of remaining HIRE. A token burn, partnerships with Recruiter.com (and more?!), future exchange listings, presentations at major conferences in front of recruitment leaders, fantastic post ICO pricing for new buyers, and a market that just corrected provide a unique short term buying opportunity for a crypto that easily could be a long term hold or short term play.

Buy low, sell high. What coin has fallen more than any other coin this past two-week period? ZCL. ZCL was trading over $200 prior to the Bitcoin Private fork. ZCL had a co-fork planned with Bitcoin to create Bitcoin Private (BTCP) which concluded successfully a week ago. Exchanges are still setting up support for BTCP wallets but many individuals have successfully claimed their BTCP already. BTCP is faster than BTC and BCH while providing privacy features that so many transferring BTC desire. If you do not have BTCP it will likely be the best fork of Bitcoin to date providing speed, the BTC branding, and anonymity. However, the reasons that make BTCP so great are similarly the reasons that made ZCL plummet this week.

ZCL fell more than 95% from its high of over $200 to its low of under $10. This is because the price of BTCP was factored into the price of ZCL. With many individuals and analysts expecting BTCP to be valued at $100 plus, the difference was the value of the ZCL. ZCL still maintains fantastic privacy technology and like during most sell offs the price over corrects. During this sell off the price overreacted, and then the market was hit with FUD. This created a further collapse of the price of BTC driving alts down with it. ZCL was hit by an overreaction and a sell off from the BTCP fork; immediately followed by a crypto market correction. This places ZCL in a fantastic spot to buy low and sell high. Strictly speculative, many teams are discussing taking ZCL and adding the privacy technology to coins with much more utility. If this occurs the value of ZCL will skyrocket similarly to what happened during the lead up to the BTCP fork.

When investing in the crypto space the key is beating “the rest” of the investors to specific coins prior to the hype spreading. BRD is a token sponsoring TokenFest, March’s largest crypto event. However, the BRD platform and application currently has very basic functionality. The application is truly beautiful but very minimally can be completed with it. However, they have been improving their platform dramatically in recent months, having added the ability to purchase crypto using credit cards at one of the lowest, if not the lowest, percentages on the market. They have also hinted at the addition of coins besides Bitcoin to the wallet’s interface. The Bread wallet is a mobile wallet for the different mobile platforms allowing users to take their crypto anywhere they want.

Major events like TokenFest provide the perfect opportunity for surprise announcements. BRD has hinted about adding Litecoin (LTC) and Ethereum (ETH) along with ERC-20 based tokens to their wallet for many months. Although speculative, it is likely they have a big announcement for the TokenFest conference coming up in under 10 days. Even without a major announcement, the next step would be incorporating these other tokens into their platform. When the BRD app formally can hold LTC, ETH, ERC-20 supported tokens and more, the price and utility of BRD will increase significantly. Utility creates value and when the BRD app increases features, allowing for the redemption of BRD for specific promotions, the price of BRD will respond accordingly.

Short term BRD holders should be very pleased regardless of which catalyst sets the BRD price in motion. The conference and sponsorship publicity will provide a short term pump and exit point, or the investor can choose to hold through the announcement of a major coin’s addition to the BRD app. Either way, BRD looks like a strong short term play.

NEO and GAS (Time of the Month)

The price of NEO pumped leading up to the airdrop of ONT for NEO holders. Since the airdrop the market corrected, NEO had a minor sell off from ONT air droppers fleeing and is now poised for a perfect buying opportunity. NEO is commonly known as the Asian Ethereum and with the NEO platform having an increasing number of ICOs they should continue to be very relevant. NEO provides a daily dividend if held in wallets or on specific exchanges giving holders an extra benefit. To transact on the NEO network, the individual users GAS. GAS is provided to all Binance holders on the same day, once a month. For that day in particular and the few days that follow GAS drops significantly in value as those holding $5 worth sell it even if it’s for $4.40. GAS was provided to holders 5 days ago, dropped in value, and then BTC fell.

GAS is very cyclical, especially on Binance. Now that the sell-off occurred at the beginning of the month expect GAS to rebound better than most in the next twenty days leading up to the next GAS dividend on Binance. NEO similarly should trend North at a slightly slower pace than GAS, but NEO does provide the GAS dividend. When NEO announces another airdrop of one of their ICOs or the end of the month approaches more rapidly both GAS and NEO should trend North in a similar fashion, with GAS slightly outpacing NEO.

The current state of the market is filled with fantastic buying opportunities. HIRE is under their ICO price with news that could easily triple their value in the short term while possibly being a very strong long term play. ZCL is in an unprecedented dip and another dev team is likely to pick them up and apply their technology to a similarly utilized main cryptocurrency needing privacy features. BRD is sponsoring a major conference this month and has many important updates coming soon to their application. NEO and GAS are perfectly situated for mid-month shopping if you are looking for an exit point prior to the end of March or enjoy the prospects of NEO as a long term hold. These specific cryptos have huge potential with HIRE, ZCL, BRD, NEO and GAS leading the charge this week.

To read the King’s prior articles, to find out which ICOs he currently recommends, or to get in contact directly with the King, you can on Twitter (@JbtheCryptoKing) or Reddit (ICO updates and Daily Reports).

Do you agree with the King’s pics for the coming week? What other alts would you add to the list? Let us know in the comments below. 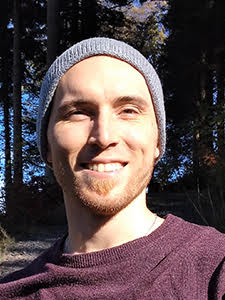 Could You Earn More in the Axie Infinity ($AXS) Metaverse Than a Goldman Sachs Salary?

Bitcoin Price Has Difficulty Remaining Above $2300

Bitcoin Price Remains Above $1700 in Spite of Pressure

This Is The City With The Most Assaults